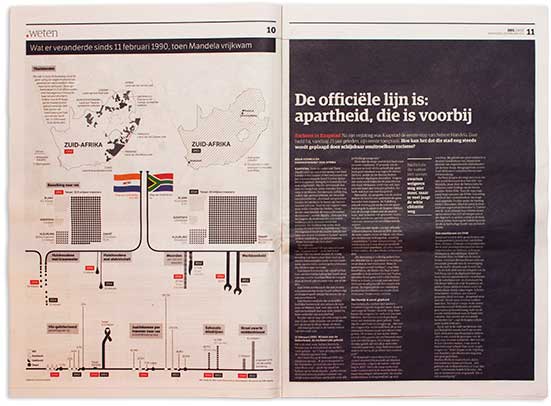 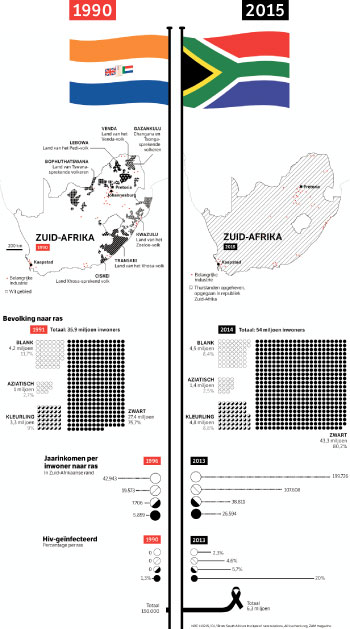 On February 11, 2015 it is twenty-five years since Mandela was released from prison in South Africa. A few days before his release president Willem de Clercq officially abolished the Apartheid.

My attention was drawn by the fact that this system of racial segregation has only been abrogated for 25 years now. To create more awareness about this fact, and the Apartheid in general, we created an infographic comparing South Africa in the early nineties with South Africa in 2015. These visualisations accompanied an interesting story in nrc.next and NRC Handelsblad about the still painfully present racism is South Africa by Bram Vermeulen.