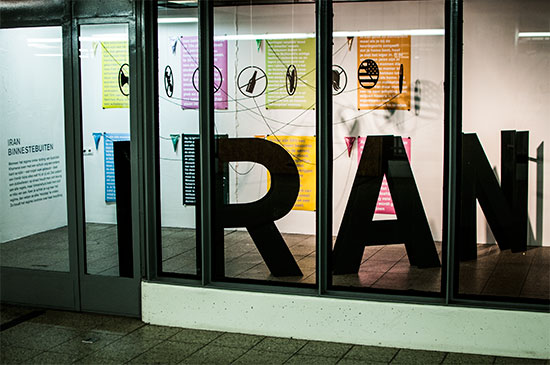 The regime in Iran, let by Ayatollah Khamenei, results for many Iranians in a sort of double life. Public and private become separable worlds in which contrary behaviour takes place. To make people more aware of this ambiguous effect, we created an exposition in the subway station Weesperplein in Amsterdam. Eight prohibitions are visualized: ban on uncovered hair in public for women, ban on television satellite dishes, ban on US propaganda, ban on Facebook, ban on homosexual sex, ban on alcohol and ban on political demonstrations. The installation gives more insight into these eight prohibitions and shows numbers and facts about how these regulations are often collectively disobeyed.